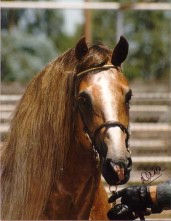 Taffy stands at stud to a very limited book of outside mares.
Available Live Cover Only
Stud Fee: $800, includes $200 booking fee
For a Breeding Contract contact us

Taffy's foals completed his Sire Legion of Merit in 2005! 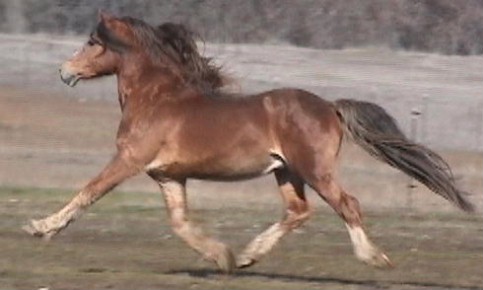 In his show career in the United States, spanning from 1992 to 1998, Taffy amassed a number of Supreme Championships, to compliment those he earned in the UK prior to his importation.  Taffy also earned numerous year end awards in the Pacific Coast High Point program and in 1998 was named National Champion in Western Pleasure, with his son, Bar GR Elyston Reserve!  Taffy is also a Champion in English Pleasure and Hunter.


After his retirement from the show ring, Taffy learned to drive - just for fun! 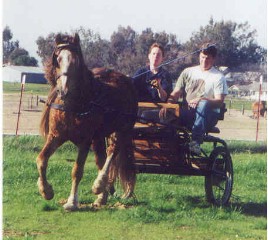 Taffy's record as a sire is also quite impressive, having sired a high percentage of Welsh Champions,
including:

Taffy has also sired exceptional cross-breds who have gone
on to compete successfully in dressage and combined training.